Inspire Series: Witness the Inspiration Around You 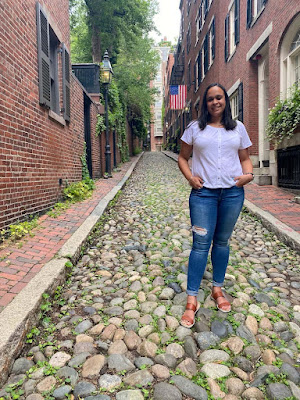 My friend Neisha is one of the coolest people I know. She likes to visit new cities, is meticulous, studious, a lover of pop culture, and has a contagious laugh. We found each other in similar settings through church events, like dinner parties, bible study, and more parties. Once she and I hung out more one-on-one I got to enjoy more of who she is and hear all of her stories.

I trust her confidence in something. She takes her time to decide on doing something, but once she’s made up her mind she is determined to do just that. When we plan to meet for dinner I can trust that she has looked up the restaurant, reviewed their menu, and has already determined the best commute there.

She’s close to her family, knows what everyone likes and is interested in. She keeps a record of a lot, nothing escapes her. She has dreamy eyes, her eyelashes flutter as she thinks and her giggles escape from her wide mouth. Her nails are always painted a new color, her hair just recently done.

I wanted to highlight Neisha because I love her way of thinking. I leave with a new way of seeing things from reading her poetry, seeing one of her photographs, or listening to her perspective on topics.

For Neisha, feeling inspired moves her to look inward.

“I’m inspired by other people’s strength and tenacity in the face of difficult things,” she says. “I’m also inspired when people are motivated, for whatever reason, whether it’s internal motivation or external motivation, and they just go after something and they pursue something.”

Being inspired doesn't always lead to an action or movement. For Neisha, she’s more of a witness and affirmer of others who do inspiring things. She enjoys listening to other people’s stories, whether through watching documentaries or at a church setting.

“People have dealt with a lot of things that are very heavy but I also see that they have — not that their walk has been perfect because nobody’s walk is perfect, but that wasn’t like the end of them,” she says. “They were able to find faith to move forward and they have been honest about their struggles, but they still managed to keep moving forward.”

Listening and connecting to people’s stories can be encouraging, and something I feel we need to do more with the people around us. To talk more about what God is doing in our lives and to share the good news in this way. We have real life access to a lot of wonderful, beautiful stories that we can find without scrolling through an app.

What about those already around you? Why dismiss the miracles God has done in their lives? Why not inquire of their faith and be inspired by the people around you? Connecting with your community brings inspiration and strengthens your faith in God.

For Neisha, (and myself and I’m sure many others) stories of how people kept their faith through difficult times encourages her to believe that having faith in the middle of difficult times is possible.

“It reminds me that people can have real hope in the middle of difficult times; it’s not just this biblical character that did that,” she says. “These are real people who struggle, who question, but who hold onto their faith and seek after God. It inspires me when I’m going through my valley, so to speak, to still bring those things to God.”

So what’s Neisha’s story? I was privileged enough to hear it and now share it here as part of TMU’s Inspire Series.

“I think often, ‘How did I get here?’,” she says. “I think I simply got here because God wanted me to be here.”

During her high school years, Neisha faced a dark, depressing period in her life. A broken relationship caused some damage. Then a friend of hers invited her to visit her church.

Then another childhood friend and her sister would talk to Neisha about God.

Then they invited her to their church and she eventually ended up visiting when she was 17 years old and attended it for years, until about four years ago.

The burden of heavy feelings she carried before this encounter with God were released in poetry, which she started to write in middle school when her parents divorced.

Expression. I find it beautiful how humanity needs to express themselves. Every individual expresses themselves in one way or another. Some need to externally process through conversation, others need creative expression, as long as we just get our feelings out, we can heal and rest.

A person’s creative outlet also has the power to connect with others. When we’re open to share what we create, we invite others to feel what we feel.

Neisha’s advice to someone who is still searching for a creative outlet: “This is advice that I have heard and that I would give to my younger self: If there’s anything that peaks your interest at all, even a little bit, just try it. And just see. That’s something I wish that I would have done sooner. Try it, look into it. You never know, it might be something that you would enjoy. Which is advice that people tell me,” she says with a laugh, “that I don’t listen to, but it’s true. I recognize that there’s value to that.”

In this stage of life, Neisha is in search of a hobby; a creative outlet.

“In dealing with being depressed you don’t really have a lot of energy sometimes,” she says. “Sometimes it’s hard to want to do anything but at the same time I want to be able to do something that’s not work related, that’s not school related, that’s not church related, like what is something that I can do?”
She started photography as a hobby around 2018 by taking pictures with her smartphone. Then she received a camera as a Christmas gift one year. Taking photos with a camera piqued her interest even more for photography, so much so that she got another camera with a manual mode in order to learn how to use all of its components. Neisha has then found that photographing landscapes and objects is a very mindful experience.

“You really have to be present in the moment, you’re not thinking about anything,” she says. “You’re focused on your subject, whatever your subject is. You’re thinking about what’s the best way to capture this, how can I play around with the camera, and you’re looking at the subject from different angles. You’re just so focused and so present in the moment and I think that that’s what I really enjoy.”

Neisha and I went on a photowalk this past summer through a cemetery. She guided me to areas she admires and wanted to photograph, following trails to ponds and fountains and a glass memorial pyramid. I watched her explore the space we were in, taking in the view and saying “I like this,” as she stopped, worked on her camera’s setting, and captured what she was delighted in. From her photographs you don’t just see a statue or a koi pond, you see the movement around it, you feel a connection to the place.

Hearing her explain photography I am moved by the peace it brings. It’s a peaceful activity and it encourages her to go outside more. Whether it’s a nice sunny day or kind of foggy as she looks outside her window, she finds it photo worthy. Photography has helped her to be observant to her environment in a way that she may not be if she wasn’t taking pictures.

“It’s just something that captures your attention and the way that you compose the picture or the mood that you set for it is what makes the picture," she says. "It doesn't even matter if it’s not something that’s typically beautiful.”
Labels: church create creativity depression Faith inspiration Inspire Series relationships
Location: New York, NY, USA 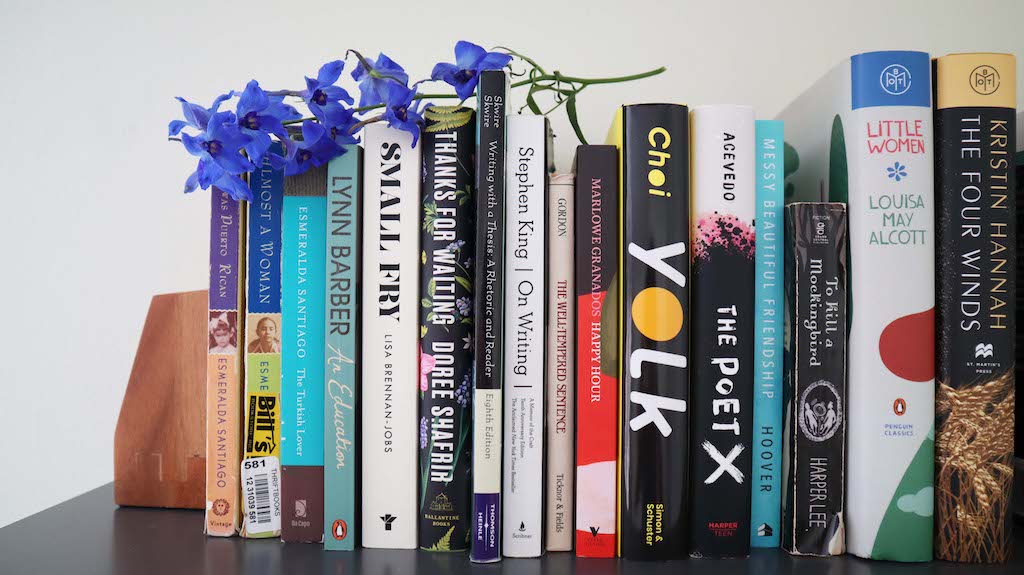